When the Acura RSX was released in 2001, K Series Parts, formerly known as ClubRSX, started as a one-stop Acura OE replacement parts and accessories store. As demand for parts grew, so did the store and the desire to become the one-stop shop for all K Series vehicles. With their technical expertise, world-class service and wide selection of parts found in their ecommerce store, K Series Parts has earned the reputation as a niche leader, due in part to their 4.9 star (97% positive) Google Customer Review rating. 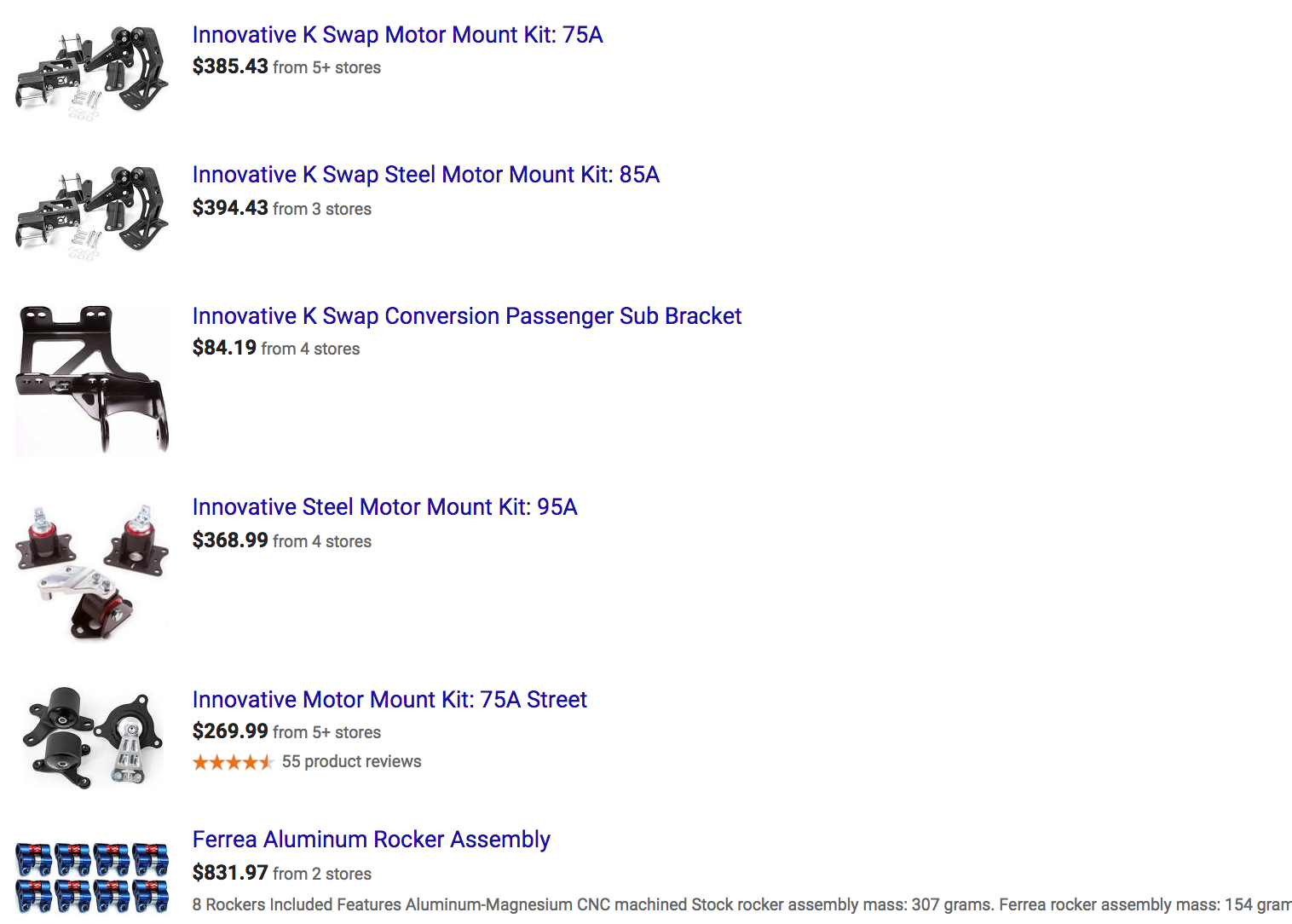 While K Series was implementing their own Google Product List Ads (PLAs), the company struggled to optimize the performance of their online advertising campaigns. After realizing they lacked the knowledge as to how to reach to their year-end sales goal, K Series Parts looked for a partner to help them improve their PLA (Product Listing Ad) campaigns and in turn, their annual sales goals. They found their solution—not in an overpriced agency—but in innovative software called AdHawk. 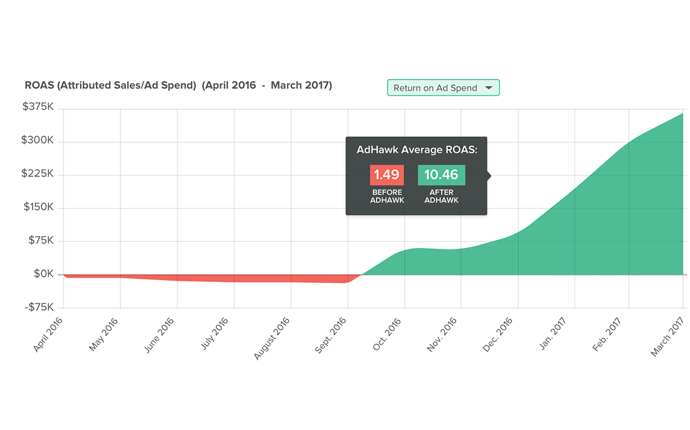 After an account strategy session with their AdHawk account manager and a 15 minute setup call, K Series Parts was set up and using the AdHawk software. While agencies often perform campaign analytics and delay sharing the results with clients, the AdHawk software instead allows K Series Parts team members to view campaign analytics in real time on their desktop or mobile devices. This allows them to make adjustments quickly, helping optimize the campaigns at a much faster rate.

They have helped us reach growth that I didn’t think possible. Our sales are up 120% year over year and each month has been better than the previous month. We nearly hit 50% of our yearly goal in the first quarter alone! We are selling more than we ever thought possible…

As conversions increased and the CPA continued to fall, K Series Parts management realized they were spending fewer dollars and getting better results, all as a result of the AdHawk software. Now, K Series Parts is committed to investing and expanding their online ad campaigns only with the help of AdHawk.

By finding the right technology for the right job, K Series Parts is able to optimize their online ad campaigns to spend less on acquiring each new customer. Rather than hire an agency to monitor, analyze and adjust their campaigns, the AdHawk software enabled the K Series Parts team to self manage their multi-channel campaigns through automated reporting. AdHawk’s easy-to-use dashboard centralized key metrics and suggested campaign improvements that could be made with just the click of a button. As a result, K Series Parts has more confidence and insight on how to direct a larger advertising spend, yet achieve better results without hand holding.

K Series’ trust in our methods and willingness to double-down their budget as we started to improve returns has increased sales beyond expectation. Increasing ad budget is never easy, so it’s great to see conversion growth outpace budget growth.

Get results like K-Series. Enter your email for a free consultation!